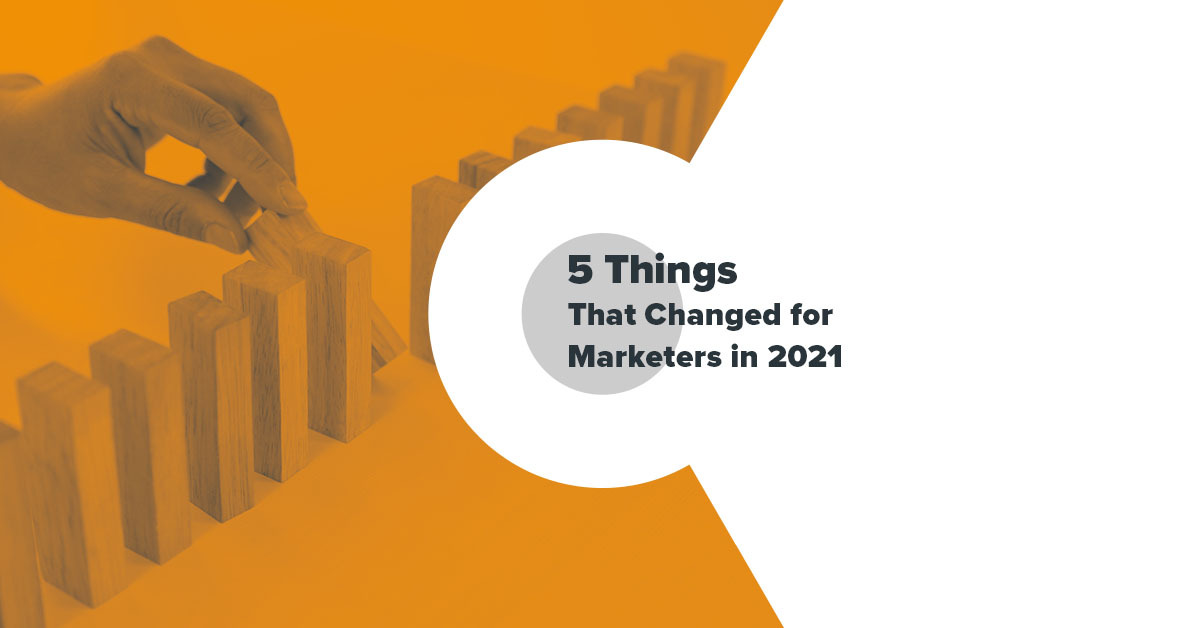 Here are 5 of the changes that shaped the landscape of affiliate marketing in 2021 and beyond.

Back in April, Apple rolled out iOS 14.5.  This update meant that apps would require users’ permission to track behavior online and to deliver personalized ads. For the average user, this update seemed like a sensible solution. For marketers, however, it was their worst nightmare.

As predicted, many iOS users chose to opt out of being tracked and, as a result, data available to marketers took a major hit. The result was that effective audience targeting and attribution became almost impossible overnight.

The update was introduced by Apple to help ensure consumer privacy, which was a positive step. However, the downside was that people advertising on social media sites like Facebook and SnapChat, went from having user-level browsing and buying data to only receiving aggregated information, limited to 24 hours.

“Sharing personal media, such as images or videos, can potentially violate a person’s privacy, and may lead to emotional or physical harm. The misuse of private media can affect everyone, but can have a disproportionate effect on women, activists, dissidents, and members of minority communities.”

In late November, Twitter introduced a new rule which prevents the sharing of private images publicly without the owner’s consent.  The reasons given for this change is that shared media is often used to harass private people.

The new rule gives private individuals the right to request that their image be taken down at any time.

Google Ads has rolled out new features on its Insights page with the aim of helping drive results.

The new features include:

Audience Insights: This feature lets you see your customers interests and discover which creatives work the best.

Demand Forecasts: This feature helps you to predict up to six months of future search trends using machine learning combined with past search data.

Consumer Interest Insights: This feature shows you the top-performing search query themes that have driven your campaign performance. It also enables you to see how many people searched for each term, its growth, and performance in your account.

Google Voice Search is not the future!

After years of being told that Google Voice Search is the future, Google developer admits that it probably isn’t. As a result, it shouldn’t be an area to focus on in terms of SEO optimisation.

According to Martin Splitt, the reason why voice search would not change the future of SEO is because the input modality for search terms is largely irrelevant given changes made to the back end of searches over the years. Therefore, even if Voice Search were the future, it’s probably not worth optimising for.

One of the bigger news stories of 2021 was YouTube’s planned removal of the Dislike button. According to YouTube, this move came about to help smaller, independent publishers who may face harsh criticism and be kept down by the algorithms.

*According to a spokesperson:*

“We want to create an inclusive and respectful environment where creators have the opportunity to succeed and feel safe to express themselves. This is just one of many steps we are taking to continue to protect creators from harassment. Our work is not done, and we’ll continue to invest here.”

The move has faced criticism however, with users skeptical about YouTube’s motives. How much of an impact it will have though remains to be seen, but it does seem to follow a trend of tech companies attempting to stifle criticism.