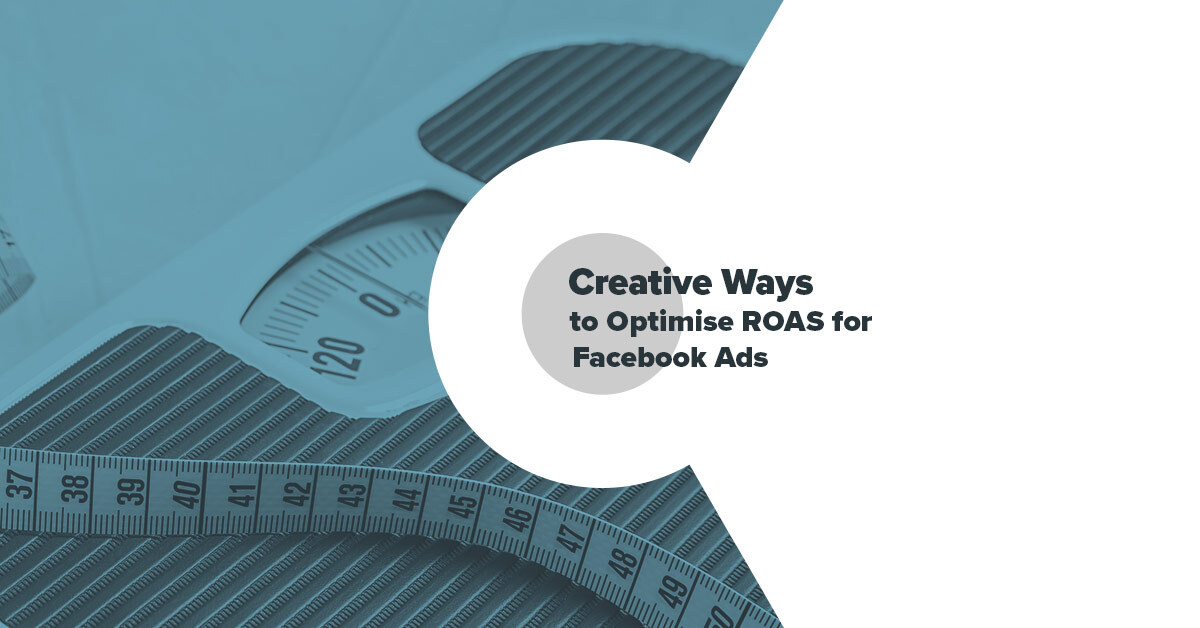 Want to boost your ROAS when running ads on Facebook but not sure how? Then check out this article where we’ll introduce you to some of the best ways to improve campaign performance.

Wondering how to improve your ROAS on Facebook Ads Campaigns? Then here are some top tips to help you get started.

The Facebook Algorithm is incredibly intelligent. So intelligent in fact, that no one really knows how it works, even the people at Facebook. Therefore, it’s not a good idea to try to control the outcomes. In other words, whether you’re just starting out or you’ve already got some decent ad spend under your belt, you shouldn’t try to second guess the data. You also shouldn’t try to follow your own predictions.

It might seem obvious, for example, that if you are selling cars, you should try to target people who like cars. Now, whilst this might work to narrow down a niche audience later on, it’s not a good place to start, for the same reason, it narrows down your audience.

To look at it another way, millions of people around the world drive cars, however, consider how many people around you are actually interested in them? It’s probably far fewer. Therefore, when it comes to targeting, cast the net wide in the earlier stages, and you’ll end up catching customers that you never would otherwise.

Over-segmentation ultimately limits the amount of data you can collect and will prevent Facebook’s algorithm from reaching its full potential, giving you low or inconsistent conversions.

If there’s one thing that will make or break your ads it’s, well, your ads. Seems pretty obvious right, but there are a lot of people out there that will rush to blame Facebook before they even begin to question their own creative output.

Facebook isn’t a loving parent that puts all of their kids’ artwork on the fridge. Instead, they are more likely to kick little Timmy out into the cold dark streets than they are to ever let his work see the light of day. Not only that, but the space on Facebook’s fridge door is expensive, and the worse the artwork, the more it’ll cost to get it seen. So, Timmy has a choice, either get a job and earn more money to pay for third-class placements or get better creatives and gradually earn Facebook’s love and affection.

Obviously, the latter option is the most preferable and it’s the one that you should also focus on if you really want to see great ROAS. A key thing to remember is that some things work and some things don’t, and you’ll never know whether or not something works until you test it. Eventually, after enough testing, you’ll start to see trends, and there will be ideas that you can replicate to keep your creatives fresh.

Another thing to note is that, just because something didn’t work the first time you tested it, it doesn’t mean it won’t work in the future. Therefore, keep track of your creatives and maybe throw some old creatives into the mix every now and then. Sometimes things pick up when you least expect them to. However, you should test everything thoroughly, to minimise the chances of missing working creatives.

Dig into your Data

The Facebook Algorithm is great, but it isn’t perfect and sometimes it acts a bit like a dog chasing its tail. If you are running multiple different ad copies and images in a single campaign, then check each image at the ad set level to make sure that Facebook isn’t overspending on images and text that are losing you money.

Facebook will try to chase down conversions when it thinks it’s onto something, but it’s not always got a good nose. Therefore, you should always check your data more deeply and try to separate the good from the bad. This will hopefully help your performance.

If you have a profitable campaign, but it could be improved by getting rid of some images, then you might want to copy it and remove the images from the copied version, while keeping the original running. This is because your original campaign will reset if you change the creatives in it. If you then fire it back up minus the poor performing creatives and it doesn’t work, then you’ve just killed off a profitable campaign.

Want a helping hand to boost your ROAS and get access to high-converting offers? Then sign up for our affiliate program today and let our team help you to optimise your campaigns.