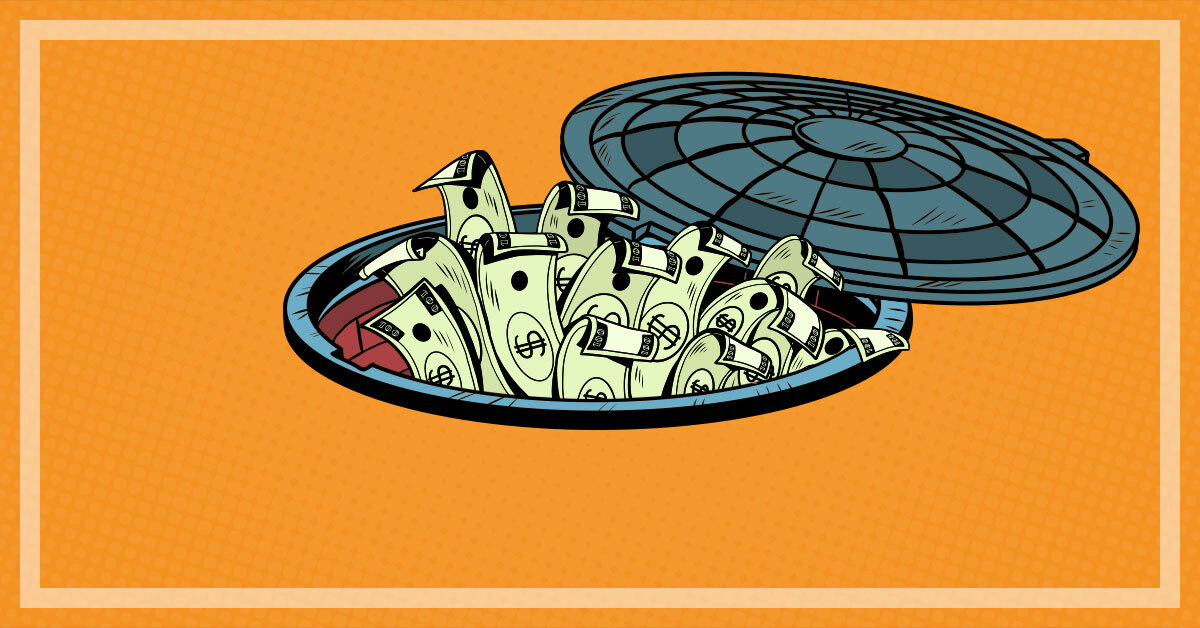 If you think you’re wasting money, chances are - you are! You might be making money, getting that cash, but you could be doing so much better. In this article, we’ll show you how to uncover the places you’re losing money and what you can do about it.

Do you want to know why you feel like you’re wasting money? Then we’ll let you in on a little secret: it’s your paid search account.

If your account is doing well, but you know it could be better, but you aren’t sure of what the problem could be, it’s got to be your paid search account!

It’s a more common problem than you’d think. It takes ages to even set up a paid search account and it can be a real headache trying to optimize it. Don’t worry though, you’re not the only one suffering through this.

How to find the problem

So, you’ve got a nagging feeling that something isn’t right. But what could it be? Finding the problem isn’t as elusive as you might think, if you know where to look.

Here’s an example: a client, let’s call him Bill, feels like he’s burning money, but isn’t sure what’s causing the excessive spending. A quick look through Bill’s material and accounts, and tracking his costs over a month-long period, and there it is, clear as day. His ad spend! This isn’t enough to make a thorough enough assessment, but it’s a good start.

It’s well worth the time and effort to carefully track your account’s spending, to try and optimize your profits and minimize your costs. Time spent, dollars earned!

So, how can you do this?

The first thing to do is select a date range to evaluate. You can start off by looking at your past month’s account.

Always start with the bigger picture, never go into the minutiae of daily specifics. Even looking at things on a week to week basis can be overwhelming.

Start big. Take a look at the last quarter, compare it to the same period last year. Do the same for the month. It’s just so much easier to spot problems this way.

With all of that in mind, let’s go back to the example of Bill. He can run the data, making sure the date range is wide enough to see trends, and compare it to date ranges prior to their last major adjustments.

As mentioned, he started with a month overview. This could give him a good indication of what was wrong, however, looking at the quarterly (3 month) numbers was the sweet spot.

From that date range, he could see that he was getting 1 conversion for every 100 visits. That’s ok, right? But he wants to make more. Bill already has the right message, is targeting the right audience, and has a decent number of conversions.

So where was the money going? Something is clearly amiss with Bill’s budget. He’s getting a ton of leads, but not enough sign ups. Essentially, his costs-per-sale are in the range of thousands of dollars. Which explains why he’s not making as much as he should.

Now that the problem has been identified, it’s time to fix it.

Utilizing the data and strategizing

We know what the problem was, so how did we fix it? The first thing to do is to look at how the campaigns were performing in different market segments. For example, you can look at their performance across different devices and their search terms report. This can often yield some interesting results.

A common thing people find doing this is that while impressions often come from computers, their clicks and conversions come from mobiles. However, for many businesses, the mobile versions of the sites are far from perfect.

If this is the case for Bill, it would mean that he would need to invest more money into making his mobile site as user friendly as possible. It’s important to look at which devices people are using to make conversions as it will affect your bidding strategy. If more conversions come from desktop, then increase your bids for desktop, and vice versa.

Another way to optimise paid search is to look at your search terms report. It shows data on every search term that triggered the client’s ads. Literally,everysearch term. The amount of data and numbers can be intimidating, and a lot to work through, but don’t worry, you can use some handy filters to speed things up and make your life easier.

The best filter to use is ‘Conversions > 1’, as this will show you all of the keywords which have led to conversions, and all those which haven’t. Doing this can very quickly reveal problems with your paid searches.

It’s incredibly common for people and companies to waste money on keywords that don’t convert, however, many don’t know there’s a problem because they never investigate until it’s too late. If you feel like something’s not right, we urge you to do some digging to find the cause.