Native Advertising enables you to seamlessly get your offers in front of users, without having to use tactics to catch their eye. In this article, we’ll be looking more closely at what native advertising is and how it can help boost your conversion rate.

Native advertising allows you to get your offers in front of people without them getting annoyed by your attempts to catch their attention. This means that in many cases, visitors treat it as they would any other online content. The advantage of this is that it can look more trusted and enable you to advertise using other traffic sources.

Many of the major news websites allow native advertising on their platforms and some will even promote it as actual news within their own work. One example of this is the Daily Mail. Below is a a recent advertorial for IKEA which disguises advertising as news:

Of course, getting ad spots like this is only possible for major companies, however, you can get a spot on the same page, which is still pretty good.

If you scroll down through the IKEA ad copy, you’ll see related articles running all the way down the right-hand side of the page. However, once you get to the bottom of the story, you’ll see sections called ‘From the Web’ and ‘You May Like’. To the untrained eye, these may seem like more news stories. However, they are actually native ad copy cleverly disguised to look like interesting news. 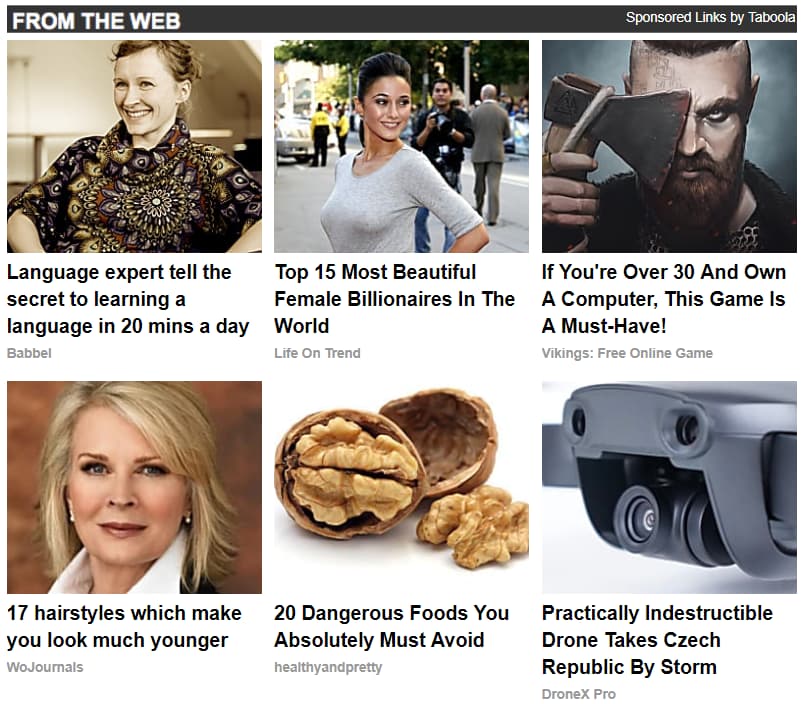 You can find ad sections like this on most news websites these days, and the items that appear in them are usually targeted to the individual viewer. To show this in action, if you look at the bottom right-hand article in the picture above, you’ll see it mentions the Czech Republic. That’s because that’s where this article is being written from. Clever right!

Not Standing Out Can Work

Contrary to a lot of theory surrounding traditional advertising, not standing out isn’t necessarily a disadvantage. However, take this advice with a pinch of salt. Yes, if you are creating a native advert, it should blend into the site where it is being hosted. However, it still needs to be interesting enough that it will get people’s attention and make them one to click on it. Not standing out just means you shouldn’t overdo your ad and make it noticeably advertorial because that would go against the point of running a native ad in the first place. Basically, you want to create an exciting news story that promotes your product and give it a catchy headline.

One of the exciting things about native ads is that, while they may not stand out, on average they are viewed 54% more and shared 31% more times than traditional advertising. Why? Because lots of people don’t recognize that they are looking at adverts. What’s more, computers quite often don’t too, meaning you can even get around ad-blockers!

Native ads are a great way to get your offers seen by lots of people and can even get you traffic from some of the world’s largest newspapers, something which until only a few years ago, was only open to major companies.