Grammarly has been around for a little while now and many of you may already have it in your Chrome browser. However, if you haven’t yet decided whether or not to get the paid version then read this.

When it comes to proofreading you’re your work, then it’s always good to have a tool to help you out. Let’s face it, when we’re writing we make mistakes. If Shakespeare were alive today, he’d probably throw a few typos up on the screen, even though he could claim to have done so deliberately. That’s where grammarly comes in!

Grammarly offer two levels of service, paid and unpaid. The paid version, as you would expect, comes with a lot of additional features, but are they worth it? We took the service for a spin to find out.

A Comedy of Errors

One of the first things you’ll notice when using the paid version is the sheer number of errors that Grammarly is able to pick up on. It’s the app equivalent of inviting your mother-in-law round for tea. And, just like your mother-in-law, it isn’t always right. Therefore, treat the advice it Grammarly (and your mother-in-law) gives you with caution and don’t blindly rectify every ‘mistake’ it highlights. Here is an example of what we mean:

Now, it’s quite clear from this how the system thinks and behaves and we can tell you, it does not like repetition. Sometimes this can be a good thing, but at others it can be a bit annoying. If this is happening to you, then it could be because of your goal settings or lack of them, which we will come to later on.

Grammarly is pretty good when it comes to helping you punctuate sentences correctly, at least it appears to be. To be honest though, you probably aren’t going to have time to check whether or not Grammarly is 100% accurate about where you are placing your commas and most people reading your copy either won’t know or won’t notice. Of course, there will be times when the punctuation is glaringly wrong, but otherwise, it’ll be a case of placing a lot of ‘,ands’ and ‘,buts’.

Grammarly is currently only available in English, however, there are four types of English which you can set it to: British, American, Australian and Canadian. This is worth looking out for when targeting any GEOs which favour one of these formats. However, if you only ever write in American English, then obviously set the setting to fit. If you don’t, you’ll find you have a surprisingly long list of suggested revisions.

The plagiarism feature on Grammarly is by far and away one of the best things about the premium version. It enables you to put in a long text and check how much of it has been copied from other sources. It basically works like a souped up version of Google’s search engine and will give you links to all of the places where your text matches word for word.

If you are worried that your campaign might look a little bit too much like someone else’s, then this is a really great feature. However, you can achieve the same results using Google and testing sentences one at a time. Therefore, if you aren’t going to use it that much, it probably isn’t worth the extra money. 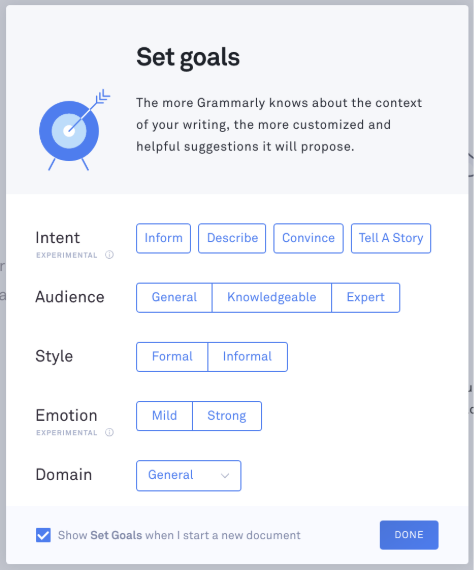 Another great feature of Grammarly is it’s ability to help you correct your work with specific goals in mind. The more information you give Grammarly, the more accurately it will help you with creating the article to suit your needs. Here are two examples of the same text being corrected under different goal settings: 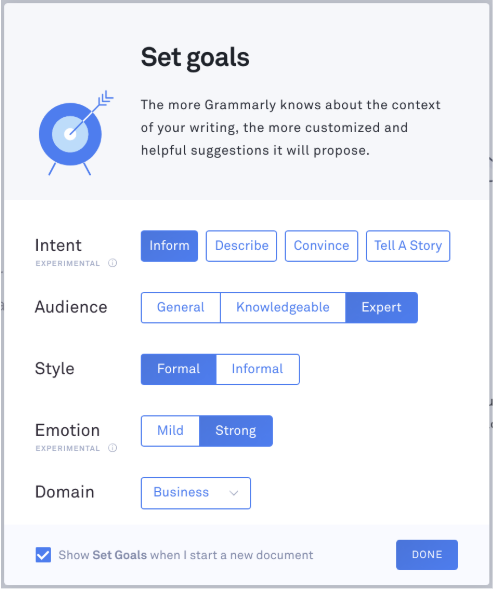 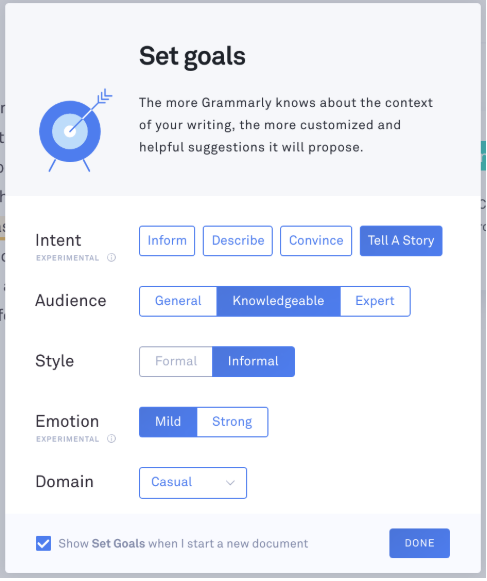 If you are worried about slipping into the passive voice when writing your sales copy, then Grammarly can help ensure that you don’t. The reason for the correction in the first example is that it is set to ‘Inform’ while the second is set to ‘Tell A Story’. The Passive Voice is ok in stories, but not in persuasive sales copy. Therefore, it is highly recommended that you use Grammarly’s advanced goal feature to make the most out of their service. If you don’t, it will correct everything without any real direction.

Is Grammarly Premium worth the money?

Yes and no. If you do a lot of writing then it can be an invaluable tool. However, Grammarly isn’t perfect and it does make mistakes, perhaps a little too often and some of the corrections it attempts to make can be downright annoying after a while. A lot of this can be rectified by setting clear goals, but even then, Grammarly can only really guess at what it is you are looking for. That being said, for ensuring you stay on track and follow the basic rules of your writing’s intentions, then it is a really good service to use.

If you just want to check for very basic errors then the free version can do that and if you consider yourself to be something of a wordsmith, you’ll find that Grammarly tries to be too clever, and often gets it wrong.