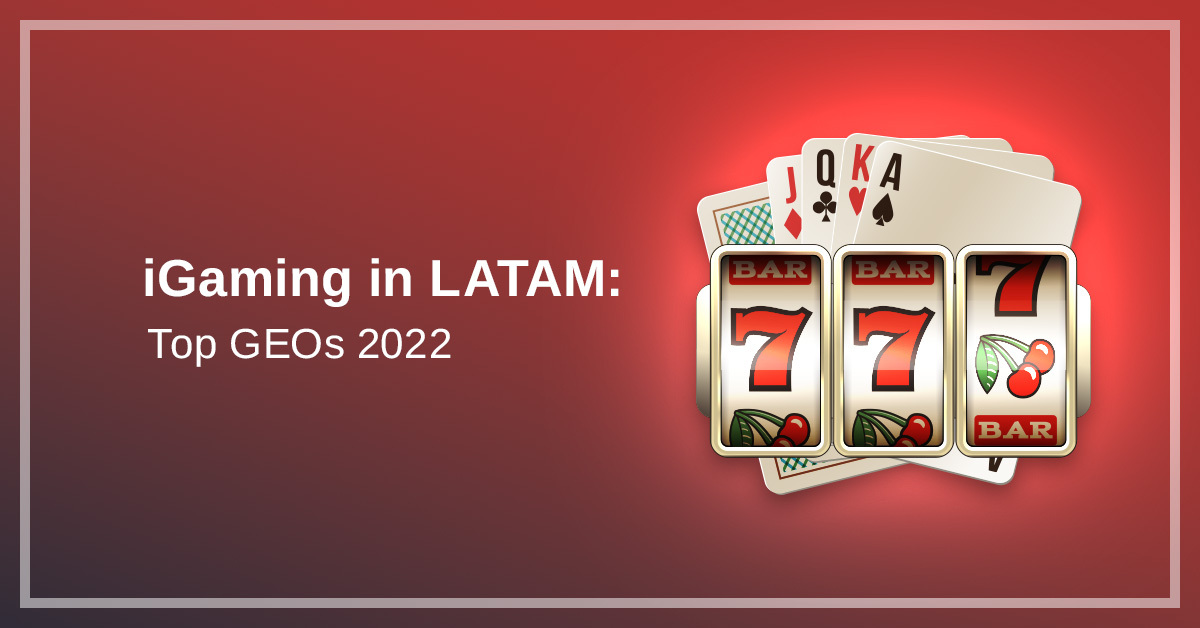 iGaming remains one of the leading verticals for affiliates around the world. There are high stakes and great earnings and it’s important not to miss unique offers in profitable GEOs.

Here is our overview of the most profitable LATAM regions for igaming in 2022.

Latin America is a huge and hot territory where you can make some serious profits from the gaming offers. Here are 16 of the best countries to target with a collective audience of over 600 million people. In Brazil alone, there are approximately 160 million active Internet users.

Here’s a quick breakdown of the population sizes of the largest GEOs in LATAM. 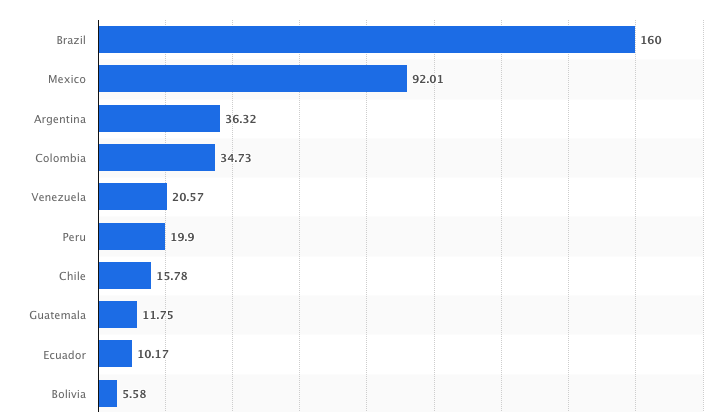 More than 18.1 million people live in the Republic of Chile. 87.7% of the population lives in cities and urban areas. There are also roughly equal numbers of men and women here. The largest settlements in Chile are the capital of Santiago, which is home to 6.1 million people, as well as the cities and suburbs of Valparaiso, Concepción, La Serena, and Antofagasta.

On average, Chileans earn about 900 USD per month, which is approximately equal to 775.9 CLP (Chilean pesos). The two most popular financial systems are Banco Estado and Santander.

82.3% of the population of Chile actively use the Internet, of which 43.1% constantly go online from mobile devices. More than 16 million Chileans use social media every day, with the most popular platforms being Facebook, Instagram, Twitter, and YouTube.This is the same for all of Latin America.

Chileans love gaming and play massively both land-based and online. The official Spanish language in the country, as in many other regions of Latin America, makes it easy to produce and localize creatives.

Another top GEO for promoting gaming offers is Peru. 32.1 million people live here. At the same time, 79.3% of the population lives in cities. Only the capital of Lima has more than 9.5 million inhabitants. The largest cities and urban areas beyond Lima are Arequipa, Trujillo, Chiclayo, Piura, Cusco.

The average salary in Peru is 446 USD, which is approximately equal to 1691.63 PEN (the local currency is called the Peruvian Nuevo Sol). Residents of Peru also mostly speak official Spanish and like gaiming as much as Chileans. Among the most common payment systems here are BBVA and BCP (Peru).

65.3% of people living in Peru actively use the Internet, of which 18.9 million people access the network from mobile devices. There are 27 million Peruvians registered on social networks. 82.7% of them use Facebook every day while approximately 4.5% of the audience is accounted for by Twitter and Pinterest.

More than 207.3 million people live in Brazil (the country ranks 6th in the world in terms of population). At the same time, the area of ​​the country is also considerable, and the most populated municipalities are Sao Paulo (12.1 million), the capital of Brasilia, Rio de Janeiro, Salvador, Fortaleza, Belo Horizonte, Manaus, Curitiba, Recife, Goiania.

On average, a resident of Brazil earns 1,800 USD, which is approximately equal to 9,248.4 BRL (Brazilian reals). Brazil’s 74.4 million people can be found online every day on various platforms. The most popular social networks here are Facebook, where 86% of registered Brazilians hang out, as well as Instagram (60%). Among payment systems, Brazilians prefer Boleto.

What you should pay attention to in creatives is the languages ​​and favorite colors of Brazilians. Despite the fact that the population is very mixed, Brazilians adore their country and symbols, they respond well to the colors of the flag. The most widely spoken language in Brazil is Portuguese (the official language), but a huge proportion of the people here also speak Spanish, which makes it easier for most GEO Lathams to make creatives in general.

Mexico is one of the most popular gaming countries in Latin America and a firm favorite among affiliates. 128.6 million people live here. In addition to the capital of Mexico City, the largest cities in Mexico are Ecatepec de Morelos, Guadalajara, Puebla, Ciudad Juarez.

Residents of Mexico speak their distinct Mexican Spanish, which should be taken into account when localizing creatives. According to Meta data released in early 2022, 51.7% of Facebook’s advertising audience in Mexico was female, while 48.3% was male. For online payments, Mexicans prefer the Boleto payment system, but also actively use PayPal, MercadoPago, Visa Checkout and Masterpass. 96.8% of Mexicans have internet access.

The Argentine Republic is home to 45.1 million people. The largest cities in the country are the capital Buenos Aires, as well as Cordoba, Rosario, Mendoza, San Miguel de Tucuman, La Plata, Mar del Plata. It is worth noting that Argentina has the highest level of urbanization in Latin America, which means that the majority of the population also prefers to live in cities or suburbs.

83% of Argentines have constant access to the Internet. The most visited social networks in Argentina are:

Argentines actively use Pago Facil and Rapipago as payment systems. They also love festivals, excitement and courage, which is presented as a kind of southern lifestyle. When preparing creatives, you can also easily adapt any Creos to Latam, since the official language is Spanish.

Most LATAM countries are highly stratified in terms of social status. Often the entire population can be conventionally divided into the poor and the rich. Also, the authorities and various criminal clans strongly oppose each other, disagreeing with the policies of the latter, and often inclined to establish their “laws” on the ground.

Based on this, young people are very fond of various freebies like bonuses. And the southern gaming lifestyle pushes them to look for ways of earning through entertainment.

Speaking of casinos, there are a lot of them in Latam. Both offline and online. However, with a loyal attitude of the authorities and the population, everyone has a place under the sun. The advantages of promoting offers in Latam include:

The key to success in LATAM is a cool bonus or free conditions that the locals will love. We recommend not to delay and rush to skim off the cream of earnings faster than competitors.