Thinking about jumping on the bandwagon and investing in the next big thing? Then read this before you do! It’ll save you a lot of money.

Gartner is one of the world’s leading market research companies, and they’ve developed a method of determining the next big thing.

Before you decide to invest loads of money in the latest technology hoping is will boost your sales, make sure you understand the Gartner Hype Cycle and whether it’s really worth the price. 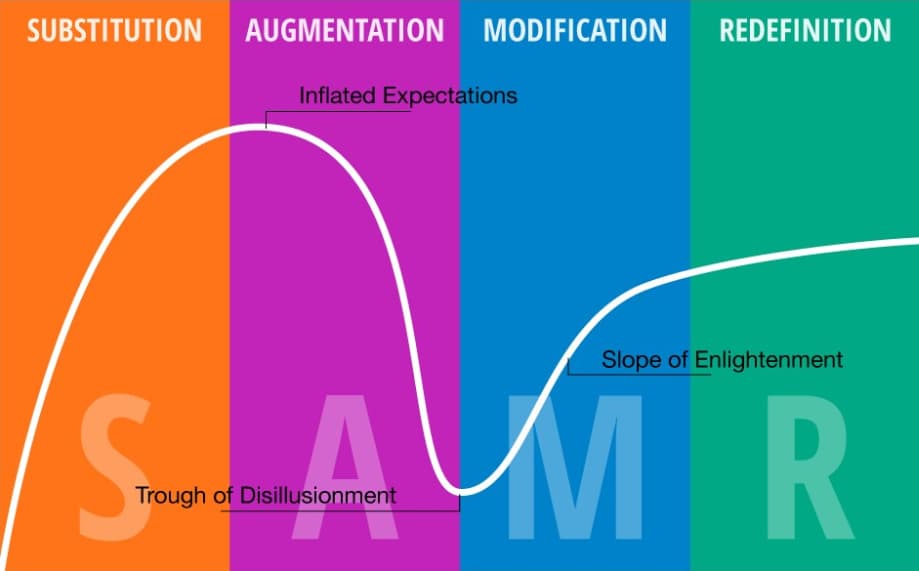 The Gartner Hype Cycle aims to show how the latest technologies gain and lose the public’s attention before eventually becoming widely adopted, and it’s surprisingly accurate.

The hype cycle is really useful when it comes to deciding on the best time to adopt new technology into your business. Quite often, the latest gadgets and tools will draw a lot of attention before their impact is realized. For example, look at products like Amazon Alexa. A few years ago, everyone wanted one and marketers were looking for ways to deploy marketing strategies using voice recognition.

Jump forward to 2019 and no-one is talking about voice recognition. But that doesn’t mean it’s dead. Instead, we are probably moving closer to widespread adoption.

If you look at the chart above, you’ll see an area called ‘The Trough of Disillusionment’. This downturn happens when people hype up a product so much in the early stages that it can’t do anything but fail people’s expectations. As a result, interest drops off. However, that doesn’t mean that people stop working on the original products to get them ready for launch.

Once ready, the products then gradually gain a following, albeit a bit slower than the original hype.

It’s worth looking into products which generated a lot of interest but didn’t quite work out first time around as quite often, these can end up being the products of tomorrow.

Of course, that isn’t always true, so it’s important to use some common sense too when determining whether or not a new technology will be of use to you or not.

The Gartner Hype Cycle breaks the phases of new technology down into 5 elements. Here is a quick guide to each of the elements and how you can recognize them.

Innovation Trigger: The innovation trigger is when news first begins to break that a new technology is in the process of development. There are usually early concept designs which are picked up by the media and as a result, stories about what the new technology can do are sensationalized. However, there is usually no physical product or commercial projection.

Peak of Inflated Expectations: As a result of the early news hype around the technology, people speculate about its effectiveness. If there is an early product, then some will adopt and others won’t. However, often due to the original designers trying to keep up with the press, products which are released are not fully formed and don’t live up to people’s expectations.

The result is that the early phase appears to be a failure and people then begin to lose interest.

Trough of Disillusionment: Once the initial trials have failed to live up to expectations, the media, companies and the public at large lose interest. Now it is up to the people creating the technology to do or die. Quite often, this is the point of no return for new ideas, however, those that use the time away from the spotlight to finally realize their vision can pull things back.

One example of this is blockchain technology. The industry is still very much alive and well 2 years after the 2017 peak.

Companies will only survive this stage if they can prove to their investors that they are on track to produce what they set out to at the beginning and that there is still a real interest and need for the product.

Slope of Enlightenment: At this stage, people begin to realize the potential of the new technology and that its appeal might be more wide-ranging than was initially thought. As a result, more generations of the technology begin to appear and the projects get more funding. However, some companies still remain skeptical and hold out until there is more evidence of the technology’s abilities.

Plateau of Productivity: This is the stage at which the technology goes mainstream and the potentials are realized. Once this information becomes widespread, people understand the technology, its applications and its wider potential, it will be here to stay.